Mind the Gap: The Problem With Early-Stage Startup Funding

That’s what I’ve concluded since stepping down from the day-to-day management of BETA in April.

Three months of quarantine was clarifying. The time away has provided the opportunity to take stock of how the area’s startup ecosystem has changed since I last explored the subject in 2016. Gathering data, while reconciling the hardships created by a pandemic and unaddressed systemic racism, has made it clear that though much has improved for our early-stage founders in the last five years, the work is nowhere near complete.

The Good, the Bad, and the Funding

The lists of gains and areas of improvement are constantly changing as resources come and go. But for the sake of brevity, here’s what I (and others) have observed: 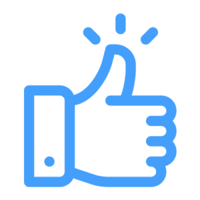 What still needs to be addressed: 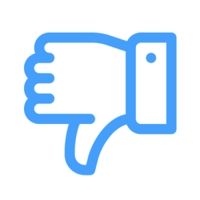 Though each point deserves thorough and ongoing discussion, the focus of this series is to examine one key issue that we just can’t seem to solve — the lack of early-stage startup funding.

To broaden the discussion, I’ve partnered with Forge North to gather and summarize perspectives from 11 local thought leaders including founders, investors, and community builders. Key findings from those interviews will be shared and incorporated into this community discussion, but if you want to jump ahead, you can read the full report here.

I’m defining early-stage startup funding as an investment in a small founding team with a thesis, a Minimal Viable Product, and a sales pipeline — but with no predictable/repeatable revenue model. Investments of $25,000 to $250,000 are made in the team and mission and often enable the company’s founders to leave their full-time positions (and/or make their first hires) in pursuit of achieving larger, later-stage milestones.

This definition could be applied through an institutional Seed Round ($1,000,000+), but for the sake of this series, we’re focusing on what happens in the stage(s) before formal capital gets involved (commonly known as the Pre-Seed, angel, and/or friends & family round). 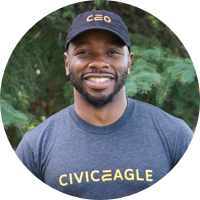 As one of the thought leaders involved in this analysis, Damola Ogundipe, CEO of Civic Eagle (and a friend and active founder), summed up the state of early-stage startup funding in Minnesota.

“The supply [of early-stage funding] does not meet the demand,” Ogundipe said. “I would guess that the gap between the two is one of the worst in the country.”

Two Parts to the Problem

As a Minnesota exceptionalist, this is embarrassing. Is it true? Are we really that bad?

According to Greater MSP’s Regional Indicators Dashboard, the area ranks 11 out of 12 in annual amount of venture capital when compared to similar metros. If you’re still not convinced, go ask an early-stage first-time founder. The pain is real.

Having personally experienced this funding gap as a founder, witnessed it and its impact on 150+ startups during my time with BETA, and now having further researched the issue with others who are familiar the matter, I think the crux of the issue comes down to two things:

The area doesn’t have many formal investment groups investing at the Pre-Seed Stage
There aren’t enough angels to fill the gap
The absence of high-volume, early-stage investors and a lack of a robust, active angel community throttles the growth of existing startups — that’s bad — and recent research from the Kauffman Foundation suggests it may halt other potential entrepreneurs from ever starting.

The next two entries in this series — one on institutional investors and another on angels —will examine each item in greater detail. After that, we’ll explore some potential solutions. By better understanding the issues, we can inspire the groundswell of innovators required to create lasting solutions.

There’s no such thing as a universal experience. If your journey as a founder has been different than what I’ve outlined above, I encourage you to share it to help the community create a more encompassing solution.