I’ve made the case that the greatest issue facing Minnesota-based entrepreneurs remains the lack of early-stage capital and have parsed the issue into two distinct problems — no formal venture firms regularly investing at the Pre-Seed Stage and a small Minnesota angel investment community.

Need to catch up? Read Part 1 and Part 2 first.

Let’s dig into the issue of Minnesota angel investment.

What is an Angel?

Let’s start with some definitions. 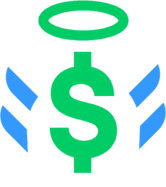 Angel Investors are a subset of high-net-worth individuals who have accumulated an abundance of wealth and desire to share that wealth in the form of an investment, often to startups. Angels can be family members, friends, or completely unaffiliated with the company. No matter who they are, they make independent investment decisions rather than delegating decisions to a fund manager.

An Angel Investment is an exchange between an individual and a company where the angel provides cash (and in some cases an allotment of their time) for a security — generally a minority portion of equity in the company.

The funding lifecycle for startups typically requires raising several rounds of capital before they exit. Different types of investors specialize in each type of funding stage, and while angels can be found in various investment stages, their activity is most prominent at the earliest stages — Concept, Prototyping, Pre-Seed and Seed. Their activity in these early stages is most likely the result of these influences:

In protection of its constituents, state and federal agencies attempt to limit angel investing to Accredited Investors, a group that includes any individual meeting the following criteria:

In protection of its constituents, state and federal agencies attempt to limit angel investing to Accredited Investors, a group that includes any individual meeting the following criteria:

Minnesota has adopted these same standards for its Angel Tax Credit program which was created in 2010 to incentivize angel activity by providing, “a 25% tax credit for investments in small, emerging businesses.”

We’ll come back to that.

Finally, Angel Groups are formal or informal investment groups in which individual angels come together to make investments — sometimes individually and sometimes as a group, depending on its charter — while sharing the burden of deal sourcing and due diligence. Many angel groups are formed around alumni associations or to support a specific demographic group or geography. By my count, we have five known groups dedicated to Minnesota angel investment — Austin Area Angels, Gopher Angels, Southeast Minnesota Capital Fund, Twin Cities Angels, and the West Central Angel Fund. These angel groups typically invest in the Pre-Seed, Seed, and Series A stages.

If we’re in agreement on the terms, let’s now take a look at the number of active angels we have in Minnesota. To calculate these numbers, I used the public Angel Tax Credit data (the tax incentive is strong enough to capture a large portion of the angel activity). I’m also defining an “active angel” as someone who has been certified through the program at least five times.

What This Means to Minnesota’s Early-Stage Founders

Because there’s a lot of investment activity happening outside of this program, we’ll conservatively double the number of active angels and (for the sake of simplicity) say we have around 100 active angels in Minnesota. I feel good about that number because works well with estimates I’ve heard from other founders and investors, and it generally aligns with the number of participants in Minnesota’s various angel groups.

If you are one of these people, THANK YOU! You’re doing an amazing job. Not all investments work out (as you’re well aware), but please take confidence that 100% of your investments have given the founding teams a fighting chance to carry on.

For everyone else, this number is simply not enough. According to data from 2018, there are more than 73,000 individuals in Minnesota with an income of $200,000 or more. Yes, individual income is just one of the qualifications for becoming an accredited investor, but by including net worth and household income, I’d expect the total number of potential accredited investors to be even higher.

What Can We Do?

If there’s just one thing that we can do to improve the quantity of startups in Minnesota, it’s at least tripling the number of active angels. We clearly have a large number of high-net-worth people; we just need to convert more of them into active angels. The broader we do this, the more likely we are to ensure that our new angels represent the areas of diversity we think are most important — geographic, gender, race, industry, stage, etc.

This void affects more than the scalable, venture-backed tech startups. Angels make it possible to prototype medical devices, to launch new food trucks, to build websites for small businesses, and more. If we want more innovation, more entrepreneurs, a greater diversity of small businesses, and more jobs, we have to move Minnesota’s unconscionable amount of wealth off the bench and into the game. The next 50 years of economic prosperity depends on it.

This call to action is not a plea for recklessness or uncalculated Minnesota angel investment — it’s the opposite. The right angel can do wonders for a startup while making a good return in the process. I’ve met more people than I could count who would make great angels not just because of their personal capital, but because of their unique work experience, industry knowledge, operational prowess, and genuine desire to make the world a better place. These are good people with good intentions who haven’t been invited to join in the action and/or have not found the right vehicle to get started. You may know some of these people, too.

How Can We Do It?

So, there it is. We have an early stage investing issue, which is the result of two critical missing pieces — no formal, active fund making Pre-Seed investments and a lack of organized angel activity at the Pre-Seed Stage.

Now that we know the issues, we can roll up our sleeves and solve the problem. I have some thoughts on how to do that which I’ll share in the next installment. In the meantime, feel free to send your thoughts, questions, and comments.

LEGAL DISCLOSURE - The content on this page has been prepared for informational purposes only. This information is not to be construed as a recommendation, an offer to sell or a solicitation of an offer to buy any securities. An investment in Groove Capital is speculative and involves a high degree of risk. Projected returns are not a guarantee of future success and the actual performance of the Fund may differ significantly from the projections described herein. Prospective investors must review the risk factors and other information set forth in the Fund’s Private Placement Memorandum prior to subscribing for Interests. Investors must be willing and able to bear the risk of this investment, including the possible loss of all or a substantial portion of their investment.